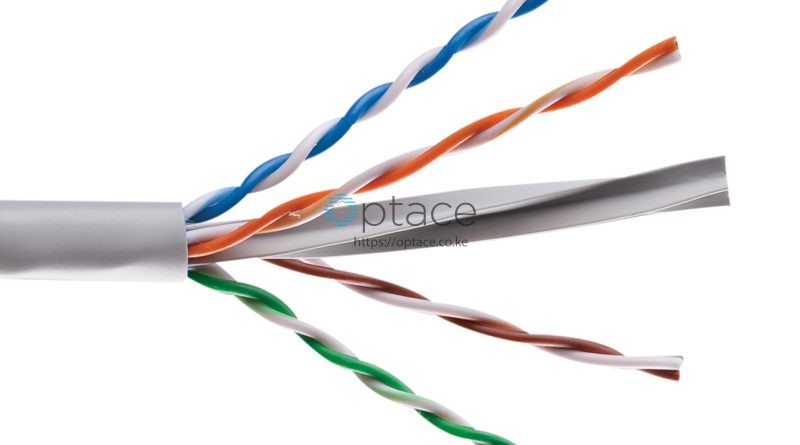 Unshielded Twisted Pair (UTP) is a ubiquitous type of copper cabling used in telephone wiring and local area networks (LANs). There are five types of UTP cables — identified with the prefix CAT, as in category — each supporting a different amount of bandwidth.

Twisted pairs are color-coded to make it easy to identify each pair; One wire in a pair is identified by one of five colors: blue, orange, green, brown or slate (gray). This wire is paired with a wire from a different color group: white, red, black, yellow or violet. Typically, one wire in a pair is solid-colored, and the second is striped with the color of its mate — e.g., a solid blue wire would be paired with a white-and-blue striped wire — so they can be easily identified and matched.

The unshielded in UTP refers to the lack of metallic shielding around the copper wires. By its very nature, the twisted-pair design helps minimize electronic interference by providing balanced signal transmission, making a physical shield unnecessary. In addition, different twist rates — that is, varying the amount of twists between different pairs — can also be used to reduce crosstalk. Because these protections come from how the wires are physically laid out, bending or stretching a UTP cable too much can damage the pairs and make interference more likely to occur.