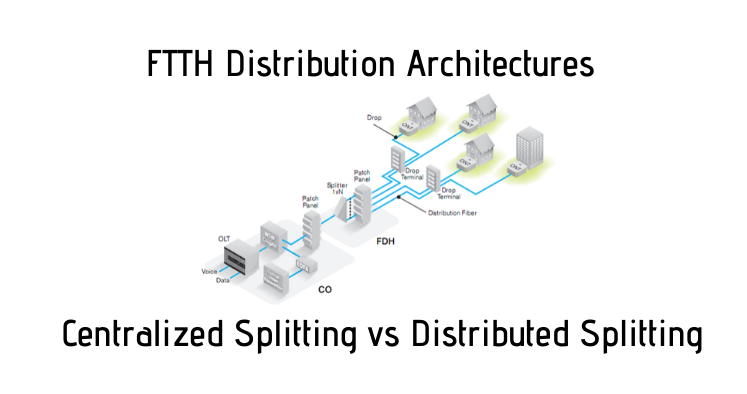 A PON-based FTTH access network is by nature point-to-multipoint. Fiber to the premises in this network architecture incorporates passive optical splitters  which are used to enable a single optical fiber to serve multiple premises. In the distribution portion of the network, optical fiber splitters can be placed in different locations of the PON based FTTH network in two ways:

Both methods have their own advantages and disadvantages. How should one settle on the deployment method? This article will give an overview and comparison between centralized splitting and distributed splitting.

A centralized splitting approach generally uses a combined split ratio of 1:64 (with a 1:2 splitter in the central office, and a 1:32 in a cabinet). These single-stage fiber splitters can be placed at several locations in the network or housed at a central location. In most cases however, the centralized fiber splitters are placed in the outside plant (OSP) to reduce the amount of overall fiber required. The optical line terminal (OLT) active port in the central office (CO) will be connected/spliced to a fiber leaving the central office. This fiber passes through different closures to reach the input port of the fiber splitter, normally placed in a cabinet. The output port of this fiber splitter goes to the distribution network, reaching the homes of potential customers through different closures and indoor/outdoor terminal boxes.

From the knowledge of centralized and distributed splitting described above, we see that for centralized splitting, all PON splitters are located in one closure, which will maximize OLT utilization and provide a single point of access for troubleshooting. But since optical splitters must be terminated to the customer either through individual splices or connectors, the cost of distribution cables will be very high. In terms of distributed splitting methods, the PON splitters are located in two or more different closures, which will minimize the amount of fiber that needs to be deployed to provide service. But it may create inefficient use of OLT PON ports and may increase the customer testing and turn-up time. The advantages and disadvantages of centralized and distributed splitting are summarized in the table below:

Before deciding which splitting method to use in a PON-based FTTH network, always consider every unique aspect of your network case. Since both splitting methods have their pros and cons, ultimately,

The best architecture is the one that meets the requirements and expectations of the provider by reducing capital expense, optimizing long-term operational expense, and making a future-proof network that can cope with new technologies without dramatic changes. 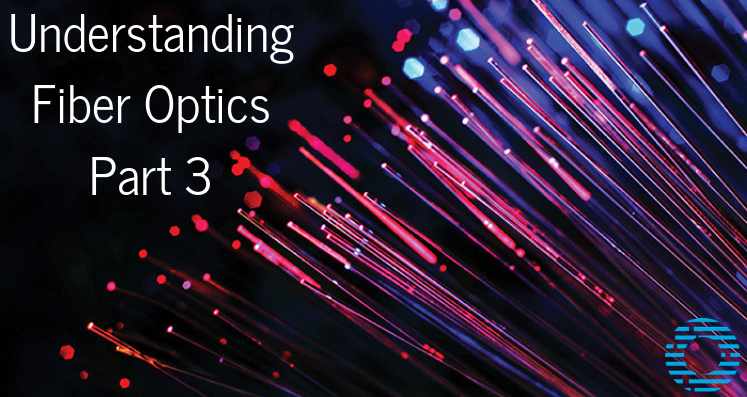